Nudge or be nudged: Tricks of the trade from a behavioural scientist

What do Selena Gomez and Barack Obama have in common?

Besides being household names with excellent skin, they’re both fans of the Nobel Prize-winning behavioural economist, Richard Thaler.

Gomez and Thaler cameo’ed together in the 2015 film ‘The Big Short’, explaining the ‘hot hand’ fallacy — the idea that people get on winning streaks in games of chance, like blackjack. This myth gets rolled out often during sporting events like the football World Cup (a ‘hot foot’ fallacy?). It’s also one of the mental biases that contributed to the US subprime mortgage crisis, and so ultimately the GFC. Which is where Obama comes into the picture.

Inspired by Thaler and colleagues, Obama set up the Social and Behavioural Sciences Team in 2015 (see now the Office of Evaluation Sciences). Obama wanted to understand the mental biases that shape people’s decision making — and harness those insights for good in the world of policy-making. This is the ultimate goal of those who work in the behavioural science field. We focus on how people really make decisions, and we try to nudge them to make better ones by changing their decision-making environment. Traditional economists theorise that people will weigh up all their options and then make the ‘utility maximising’ choice, or the choice that will make them the happiest — but in reality, ain’t nobody got time for that. People’s decisions are usually driven by mental shortcuts and biases: we do what’s easy, what other people do, what feels right in our gut, what the external context prompts us towards, and so forth.

Knowledge is power. Once you understand people’s mental shortcuts and biases, you can incorporate those insights into your organisational communications, processes and behaviour-change efforts.

Here are four take-home lessons I’ve learned as a behavioural scientist on the frontline.

It’s human nature to put off things we know we should do. So how do you get people to plan for a future event — like an earthquake — if they have no sense of urgency?

In helping develop an earthquake planning guide for WREMO, the Wellington Region Emergency Management Office, I drew inspiration from behavioural studies of voters in the US. The academic Todd Rogers found that if you ask voters how they’ll get to the voting booth, and what they’ll be doing beforehand, it significantly increases voter turnout. Asking these planning questions effectively creates a ‘trigger point’ in people’s minds — so when voting day rolls around, they remember planning for it, and they’re more likely to do it.

Incorporating those insights, the earthquake guide broke up activities by timeframe and by level of difficulty. So for instance, people were encouraged to sign up for hazard alerts right now, to practice drop, cover and hold today, to create a household plan tonight, to make their home safer this weekend, and to meet the neighbours and try camping at home next weekend.

A secondary benefit here is that once people have taken a small step towards planning, they feel encouraged to keep going. This is the ‘goal gradient’ effect — the idea that we keep working towards our goals when we feel close to achieving them.

The take-home message — If you need to overcome procrastination and motivate people to act, either get them to make a plan of how they’ll do the desired future activity, or help them take a small step right now, so they’re motivated to keep going. 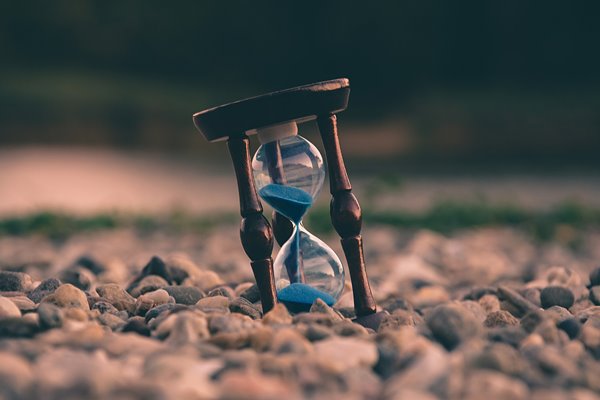 It’s human nature to put off things we know we should do. So how do you get people to plan for a future event if they have no sense of urgency?
Image source: Unsplash

2. Find ways to normalise the behaviour you want

We are social creatures, and we do what other people do. So if you need to motivate people to do something, it helps if you can normalise the target behaviour, and make it seem like everyone is doing it. But how do you normalise a behaviour when it’s fairly obvious that it’s not a norm?

I faced this challenge in a hospital context. The goal was to get patients to ask questions, so that they would fully understand their healthcare plan before they were discharged. The obstacle was that patients didn’t want to bug the busy staff members — so the goal was to normalise question asking.

The solution was a simple checklist, to ask patients before they were discharged if they understood various aspects of their health, their care, and their future plans. Patients had to actively check ‘Yes’ if they had all the information they needed, or ‘No’ if there were gaps — and if they ticked ‘No’, a staff member would provide more information. In behavioural science terms, this was a ‘new default’, because patients had to make an active choice about whether or not to receive more information. Before this change, it was too easy for patients to stay quiet, and leave hospital without the information they needed.

The take-home message — If you want people to do something, find ways to make that behaviour seem common or normal. Health promotion campaigns do this well — ‘Smoking is not our future’ for instance. If possible, also change your processes so that the desired behaviour becomes the default behaviour.

3. To motivate action, win the heart and then the mind

What strategy would you use if you wanted to encourage people to, for example, give to disaster relief? Or to highlight the importance of health and safety? Or to convince people of climate change? It’s pretty common to rely on data — so, for instance, we highlight how many people have been made homeless as a result of Cyclone X.

But data doesn’t change people’s minds. Because of confirmation bias, people interpret information in accordance with their pre-held beliefs. There’s also ‘psychic numbing’, which means the more people are affected by something, the less we care. So telling potential donors that 100,000 people are homeless after a cyclone could actually backfire and cause people to give less. As Mother Theresa put it, “If I look at the mass I will never act. If I look at the one, I will.”

If you want to change people’s minds, you have to convince their heart first. Our hearts respond to stories of specific people — which is why successful charities get you to sponsor one child, rather than a whole community. Our hearts also respond to the concrete rather than the abstract — in other words, we need to be able to visualise the desired change and buy into it. So if you want people to take action on climate change, for example, give them a hopeful vision about how a carbon-neutral future will positively re-shape their homes, their travel methods, their work and their community.

The take-home message — Rather than relying on data to drive change, appeal to the heart by telling human stories, and by helping people visualise the change that’s needed. If in doubt, follow the SUCCESs principles outlined by Chip and Dan Heath in their fantastic book, Made to Stick. Tell Simple, Unexpected, Concrete, Credible, Emotional Stories.

4. The old saying is true — assumptions make an a** out of you and me

It’s human nature to make assumptions — in fact it’s necessary, to enable us to deal with a complex world. But if you’re in the business of changing anyone’s behaviour, assumptions are not your friend.

I learned this lesson the hard way during a pilot test to figure out which messaging would be most effective in prompting drivers to check their tyre pressure (which ultimately saves fuel and is good for the environment). We knew that people check their tyres at petrol stations, and we assumed they’d get petrol before doing their tyres. So we put up the various iterations of our poster messaging on the petrol pumps, and we watched CCTV footage to see which poster best nudged people to the air pump.

But our assumptions were wrong. Of the 700-odd drivers we tracked to the air pump, more than half (60%) didn’t buy petrol at all. So they never saw our intervention.

While this was frustrating, it was a small-fry mistake compared to a policy clanger like the ‘Scared Straight’ programme in the US, in which at-risk youth observed prison life and interacted with inmates. The assumption was that the fright they’d get would deter them from committing more crimes. These programmes were rolled out widely in the US in the 80s and 90s, because they were cheap to run and they seemed like common sense. Except they didn’t work. In 2002, a robust meta-analysis found that “not only do these programs fail to deter crime, but they actually lead to more offending behavior”.

Behavioural science is a fascinating field — it’s about people and problem solving, about understanding brains and using biases to drive behaviour change. And it’s everywhere — even in the following sentence. Selena, Obama and Thaler are into it — so how about you?